Roccapalumba (Sicilian: Roccapalumma) is a comune (municipality) in the province of Palermo in the Italian region Sicily, located about 60 km southeast of Palermo.

The municipality has 2.995 inhabitants and an area of 3.141 hectares for a density of population of 95 inhabitants per square kilometre. It rises on an internal hilly area and is 550 metres above sea-level. 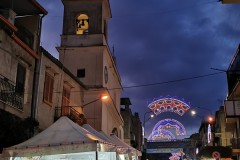 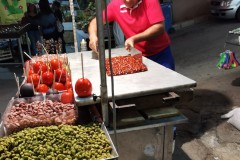 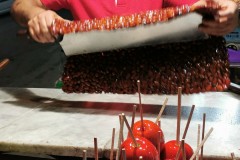 Main agricultural products cultivated are corn, grapes, almonds, legumes. Typical of Roccapalumba are also dried cakes shown in occasion of the Fair of Cattle and Goods that take place every year on 12 August and 5 September.

The name of Roccapalumba means Cliff of doves, perhaps for the height of the place where the small town rises. The original agricultural colony was founded about in 1640 on the feud of Palumba by the Princes Ansalone.

In 1714 the Prince of Larderia, Don Francesco Moncada, acquired and held the feud until the territory was made official as inhabited centre.

The feudal village had had under the Larderia a period of particular growth, both agricultural and territorial.

Among its monuments there are the Cathedral Church of the XVIII in late baroque style and the Santuario della Madonna della Luce (Sanctuary of Our Lady of Light) rebuilt near ’50s. Interesting is also the Watermill placed close to the river Torto