Caccamo is one of the most famous and significant towns in the province, mainly for its magnificent castle, which was built in the Norman period and which has been modified and fortified since the XVII century. The Castle, completely restored on the inside, is open to the public: it is a superb embattled and ramparted building, surrounded by massive walls decorated with windows with one and two lights, balconies and loggias. It is also worthwhile to visit the Norman Mother church, featuring artworks by Gagini and Pietro Novelli, the Convent of San Francesco with its XVI century cloister, the Church of the Annunziata, and the pawnshop. 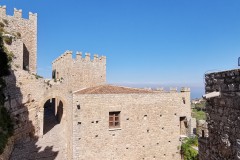 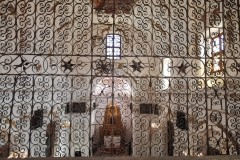 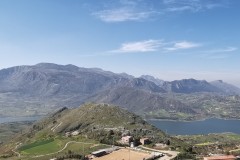 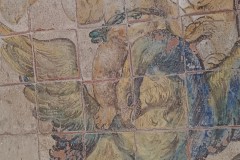 One of the most relevant events is the Castellana di Caccamo (August), a costume show inspired to the different ages of the castle and its lords. You can also climb to the top of the San Calogero Mountain on a challenging trail.
Websites: http://www.Siciliaedintorni.it;http://www.jridos.it http://www.mondimedievali.net/castelli/sicilia/palermo/caccamo.htm
Utilizziamo i cookie per essere sicuri che tu possa avere la migliore esperienza sul nostro sito. Se continui ad utilizzare questo sito noi assumiamo che tu ne sia felice.Ok