The municipality counts 10.419 inhabitants, its surface measures 6.831 hectares, and its population density is of 153 inhabitants per square kilometre.
It rises on a hilly area, 447 meters above the sea-level.

The Town Hall is located in via Vittorio Emanuele, 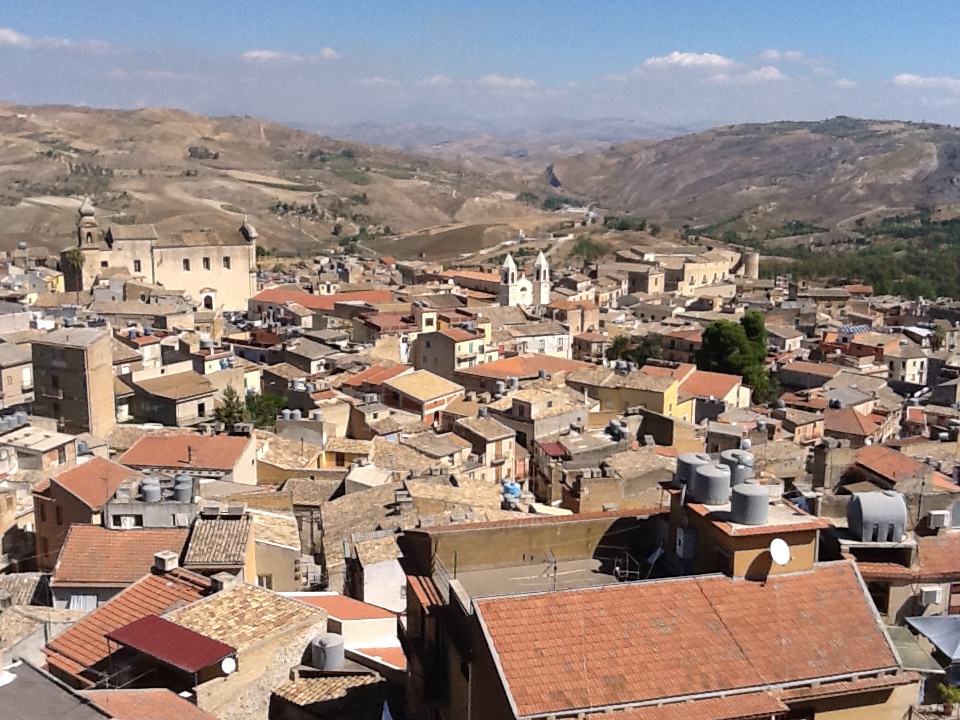 A big agricultural and mining center, Racalmuto counts a conspicuous agricultural production of the “Italia” variety of grapes, cereals, and almonds.
There are also various archeological sites throughout the land: among all, the most outstanding is Contrada Sacchitello, home of many pre-historical caves.
The name Racalmuto derives from the Arab term Rahal-mut, that means “il casale dei morti” (farmhouse of the dead) because many cemeteries have been discovered in the area. 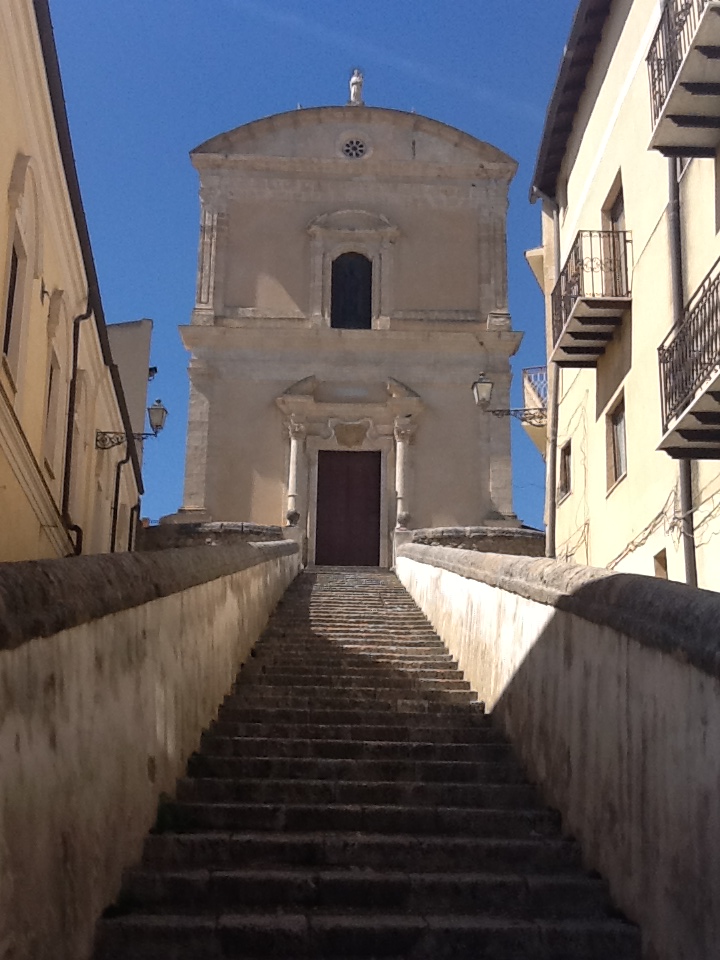 The first suburb was founded around the fortified castle erected during the XIII by lord Federico Chiaramonte.
Afterwards, the town’s domain became of the noble Del Carretto family, who beheld it until the XVIII century. In 1576, lord Girolamo Del Carretto was appointed the title of first Count of Racalmuto.
Among the monuments, outstanding are the XIII century  Castello dei Chiaramonte, the Chiesa Madre, dedicated to the Annunziata, that preserves five marvelous paintings dated 1500, and the Chiesa di S. Giuseppe, dated 1600.
Of remarkable interest is also the ex Monastero di Santa Chiesa restructured in 1872, which today hosts the Palazzo del Municipio (Town Hall building).