Lying like so many partially submerged giant whales just a few miles off the coast of Trapani (west Sicily), the three Egadi Islands offer a great deal of charm and diversity.
With a permanent population of around 5,000 spread over the three islands, the Egadis boast a long history and yet have somehow remained largely unchanged over the years. It is still possible to find isolated bays and coves, deserted mountain paths and a pace of life which is extremely relaxing.

The historical highpoint of the islands, at least on an “international” level was 241BC when the First Punic War was brought to an end here. Catulus defeated the Carthaginian fleet there and a treaty was signed whereby Sicily was handed over to the Roman Empire.

However, the history goes back much further. On both Favignana (the largest and most populated of the islands) and Levanzo (the smallest) there are some Paleolithic and Neolithic cave paintings. The most famous of these is the “Grotta del Genovese” on Levanzo. Discovered only in 1949 these incisions and charcoal and animal fat graffiti show scenes from daily life including fishing for tuna, animal husbandry and even dancing.

In 1874, the islands were bought by the powerful Florio family whose business interests included sulphur mining, tuna fisheries and of course Marsala wine. Still today the Egadis are home to the largest tuna fishery in Sicily and thousands throng here every year to watch the traditional tuna cull, La Mattanza.

Favignana, or La Farfalla as it is often referred to thanks to its butterfly shape, is the largest and most important of the islands. It lies some 10 miles of the Trapani coast and is a popular holiday destination in the summer months largely thanks to its crystalline azure waters in bays such as Cala Rossa.

The main town, also known as Favignana, has a small port and is dominated by the Fort of Santa Caterina, originally built by the Arabs as a watchtower, enlarged by the Normans and then used as a prison by the Bourbon Kings. With its two main piazzas and its low Mediterranean houses, the town is quite pretty. It is also home to two buildings testifying to the influence of the Florio family: Palazzo Florio, built in 1876 near the harbour, and the large, abandoned skeleton of the Florio tuna fishery. 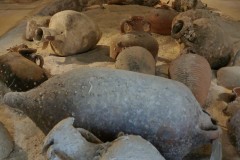 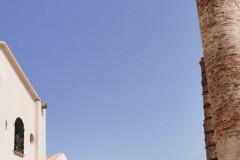 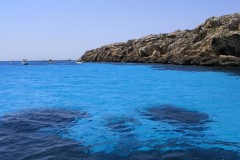 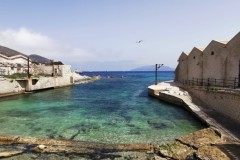 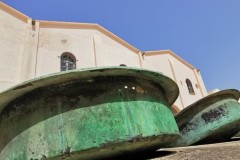 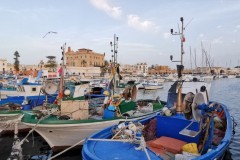 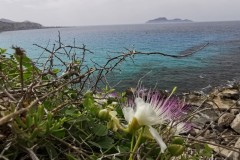 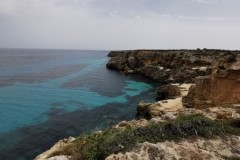 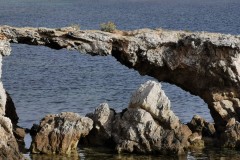 But what most people come here for are the crystalline waters offering excellent swimming and good scuba-diving possibilities, especially in the sea caves such as Grotta Azzurra, Grotta dei Sospiri (sospiri means “sighs” – it is said that the cave moans during the winter), and Grotta degli Innamorati (the Lovers’ Grotto).

Levanzo is the smallest of the Egadis but no less inviting for that. It is very hilly, though the highest peak, “Pizzo dei Monaco”, only rises to 278m. Much of the coastline is made up of dramatic rocky cliffs, though there are a few lovely beaches. Everything is minimal: there is 1 village (Cala Dogana), 1 road, 2 shops, 2 hotels and 2 restaurants. Peace and quiet are ensured and stressful city life soon becomes a distant memory. Its main “sight” is, as mentioned above, the Grotta dei Genovesi, but apart from this there is wonderfully little to do except walking, going on boat trips, swimming, reading and eating.

Marettimo is the most isolated of the Egadi Islands, lying a full 15 miles off the coast of Trapani. As such it is wonderfully unspoilt both in terms of its marine life and its rugged mountainous hinterland. Dramatic limestone cliffs plummet towards the cobalt-blue sea, endless panoramas abound, and mountain paths offer wonderful walking.

The small village of Marettimo houses a couple of restaurants serving sublimely fresh fish though little else. Some of the local fishermen will be happy to accompany you on a boat trip around the island to see the numerous caves one of which, the Grotta del Cammello, hosts a pebbly beach and the remains of a Roman settlement. 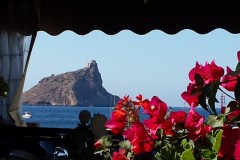 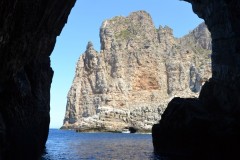 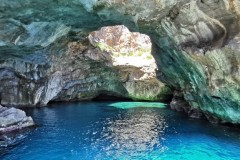 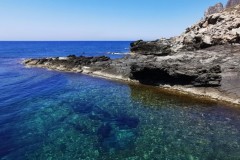 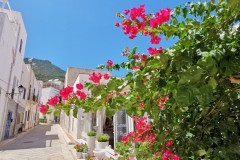 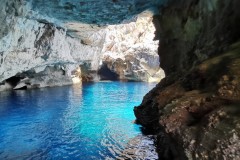 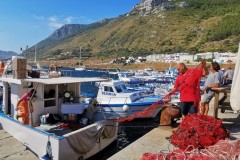 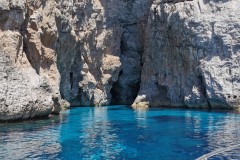 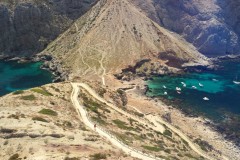 Getting to the Egadi Islands is very easy. Just hop on one of the frequent hydrofoils from Trapani or Marsala and in a few minutes you’ll be there! 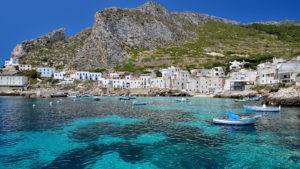