The name Erice is derived from the Sican-Sicel-Italic term Eryx, meaning mountain. There are caves overlooking the sea that were inhabited by Upper Palaeolithic and Neolithic man. Erice became an Elymian city and had a temple dedicated to the goddess of fertility Astartes (the Roman Venus Erycinia). Before and after the brief Greek domination of Agrigento and Syracuse, Erice was a Punic city, as testified today by its massive walls. The Carthaginians destroyed it in 260 BC. In 247 BC it was occupied by the Romans. And it declined both as a stronghold and as a town. It then followed the vicissitudes of the rest of the island: first it was Byzantine, then Arab after 381, when it was called Gebel-Hamed. It fell to the Normans in the 12th c. The Norrnans repopulated the town and in addition to various other fortifications, built the Castle which took their name (although it is also called the Castle of Venus). The town took the name that Count Roger gave to the mountain: Monte San Giuliano. In the Middle Ages numerous churches and convents were built and, since then, apart from a few baroque buildings and the restoration of Piazza Umberto I in the 19th c., this mountain town has remained unchanged. In 1934 it resumed its ancient name of Erice.

The boundary walls, built in about the 6th c. by the Phoenicians, and restructured many times in the course of time, are visible as we approach Erice. Three mediaeval gates still stand: Porta di Trapani, Porta del Carmine and Porta Spada (which has Punic incisions in the walls of a nearby gateway). When we enter Porta Trapani, we are immediately struck by the extraordinary street layout -a labyrinth of wind- ing lanes, inner courtyards and cobbled streets which together bestow a serene and ancient atrnosphere upon this picturesque little town. The Duomo, near Porta Trapani, was built in the 14th c., with an isolated campanile (which possibly served a defensive purpose as a watch-tower); there are two graceful two-light windows in the upper orders of the carnpanile. The portico was added to the facade of the Duomo in the 15th c. ; beneath it is the great portal, which dates from the original construction. The interior  was redone in the 19th c. in the manner of the Neo-Gothic revival. Among the works of art there is a statue of the Madonna and Child, attributed to Domenico Gagini (1469). 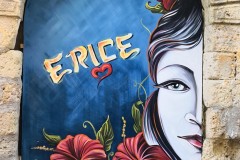 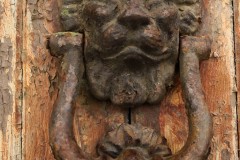 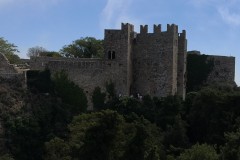 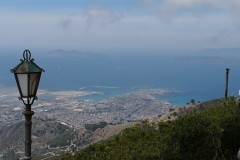 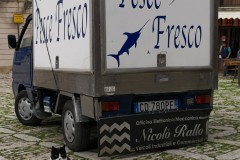 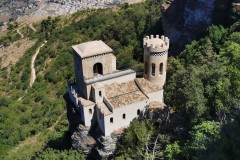 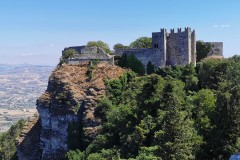 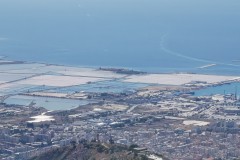 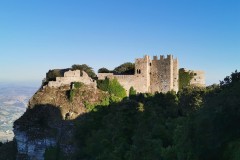 The majestic Castle, the bulwark of the town and the surrounding terr tory, was built between the 12th and 13th c. on an impregnable crag SE of the town, where the ancient acropolis of the city used to be, and where the temple of Venus Erycinia also stood. Together with the ruins of the an cient temple there are also some towers and battlemented walls of the Castle, which with the Duomo is one of the two monuments that most visitors want to see first. Left of the Norman Castle are two other castles, Castello Pèpoli ( 19th c. ) and the mediaeval Balio Castle, a tower of which was completed in 1873. Also ofNorman origin is the Chiesa di San Martino, in Via Albertina degli Abati, restructured and decorated between the 17th and l8th c. The carved wooden choir in this church is a distinguished work by Bemardo Castelli (17th c.). The Town HaIlhouses the Antonio Cordici Civic Museum, named after a local scholar; it contains a considerable amount of Punic, Greek and Roman archaeological material (including a delicate little head of Aphrodite, 4th c. BC), church vestments, coral embroideries, gold omarnents, and in the entrance a marble group by Antonello Gagini representing the Annunciation (l525).

The Chiesa di San Domènico is now the seat of the Ettore Majorana Scientific Centre. Nearby is the Chiesa di San Cataldo, built in the l4th c. and several times altered. The Chiesa di San Giovanni Battista, on the brow ofthe hill, with a fine view down into the valley as far as Monte Cofano, is mediaeval in origin, of which period there still remains a fine side portal restructured in the 15th and 17th c. The church contains some statues by the Gaginis: St John the Evangelist, by Antonello (1531), and St John the Baptist, by Antonino (1539). A visit to èrice is highly to be recommended, because oft he town’s historical and artistic interest, the beauty of its landscape and the extraordinary panorama that can be enjoyed on every side. 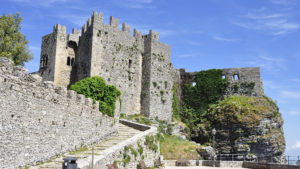