Palermo is the regional capital of Sicily, which is the largest and most heavily populated (about 5,000,000) island in the Mediterranean.

The area has been under numerous dominators over the centuries, including Roman, Carthaginian, Byzantine, Greek, Arab, Norman, Swabian and Spanish masters. Due to this past, to the cultural exchange that for millennia has taken place in the area, the city is still an exotic mixtute of many cultures. Many of the monuments still exist giving the city somewhat unique appearance.

The city of Palermo, including the province of Palermo, has around 1,300,000 inhabitants and has about 200 Km of coastline. The old town of Palermo is one of the largest in Europe, full of references to the past.

Palermo reflects the diverse history of the region in that the city contains many masterpieces from different periods, including romanesque, gothic, renaissance and baroque architecture as well as examples of modern art. 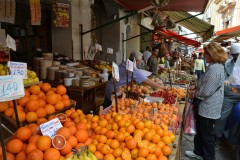 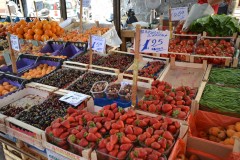 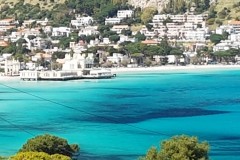 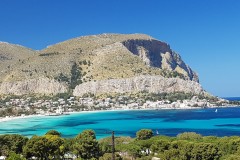 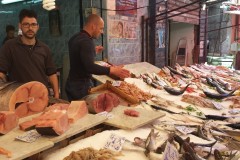 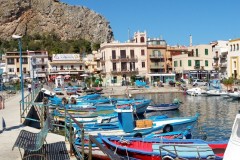 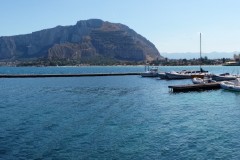 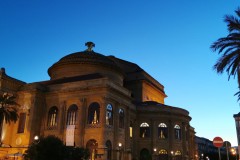 The city also hosts it’s rich vegetation of palm trees, prickly pears, bananas, lemon trees and so on. The abundance of exotic species was also noticed by the world-famous German writer Goethe who in April 1787 visited the newly opened botanical gardens, describing them as “the most beautiful place on earth”. By www.my-erasmus.net.

Mondello is the main beach of Palermo: noisy and vital, coloured, worldly, snobbish, popular, and so much else. It is a beach that reflects the contrasts of the city to which it belongs, and that extols its most fascinating aspects and that is able to tell its most recent history even if it succeeds very quickly in making us forget that we are just a short way from a city with almost a million inhabitants. At the end of the nineteenth century, Palermo enjoyed a moment of great economic prosperity. Art nouveau began and at the same time there began the reclaiming of the swamp of Mondello and its transformation from a small fishermen’s village to a bathing resort. Many small villas and the bathing establishment were built. Mondello thus entered the circuit of elite holiday places.

The beach, today – both the free part and the one partly occupied by rows of colourful huts and the imposing art nouveau structure of the bathing establishment – still preserves its own charm, blending magnificent scenery with almost tropical characteristics with a sporting vocation testified by the great international successes achieved in windsurfing by some local athletes who at this beach have learned the art of taming the wind. 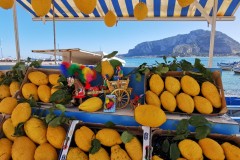 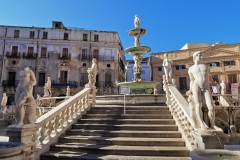 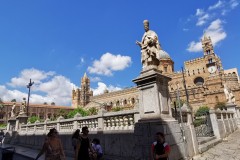 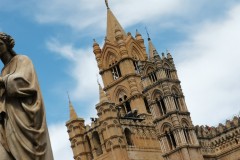 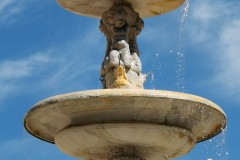 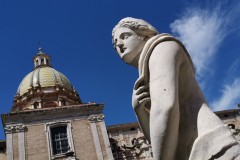 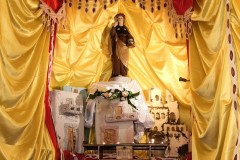 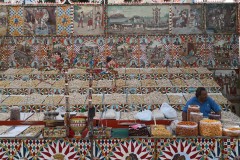 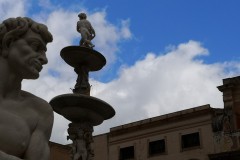 At the different beaches in the area of Valdesi (east of Mondello) it is possible to practise almost all sea sports. Then in the village it is possible to taste Palermitan street food, from panelle to sfincione, without forgetting the more “vain” pasta with sardines. In comparison to Mondello – the comparison is almost inevitable seeing the contiguity of the two coasts – Capo Gallo is certainly a quieter place, more secluded and, above all, a privileged destination for those that prefer rocks to fine sand: a natural corollary to a blue, deep and extraordinarily clean sea.

Those who love the sea will find all along the coast many crags disseminated here and there: a lot of rocks, but also stretches of pebbles, sandier spots and tens and tens of small caves, mostly semi-submerged, primarily in the tide zone along the Mazzone coast, containing marine fauna and flora that elsewhere you only find at a greater depth. Because of natural and landscape characteristics, Capo Gallo is a special natural reserve and a protected sea area just outside the biggest city in Sicily: the ideal place for unforgettable dives. 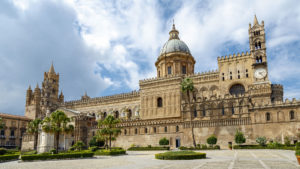