Located along Sicily’s Ionian coast south of Siracusa between Avola and Pachino (along the SP21 road), Vendicari is Europe’s southernmost marshland, a protected reserve covering an extensive area. There are some old structures in the area, such as a late-medieval watch tower and ancient Greek and Roman archaeological sites, but since 1984 building has been prohibited on the private property bordering the preserve. Vindicari is great for hiking and exploring, and there’s also a beach. For the most part, the terrain consists of marshes and lagoons.

Among the animal life is the wild hare, an occasional fox, pond turtle (emys orbicularis), hedgehogs, various frogs, owls, black cormorants and a great number of local and migratory birds, particularly various ducks, herons, flamingos, marsh harriers and storks, for which Vendicari is a breeding ground. There are, of course, plenty of snakes too.

Tellaro, closer to Noto to the west of Vendicari, is a small Roman villa decorated with mosaics in much the same style as the larger villa at Piazza Armerina. 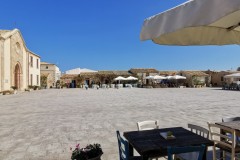 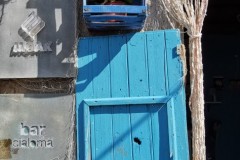 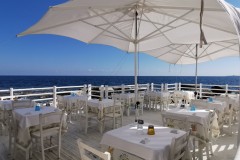 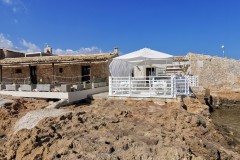 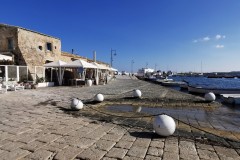 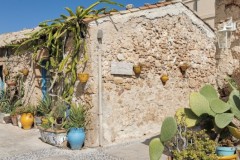 In the interest of clarity, it should be mentioned that while Vendicari is considered the most southern marshland of Europe, there is a small coastal wetland at Mellieha in Malta, the Ghadira Nature Reserve, recognised as a bird sanctuary since 1978. The Maltese cooperate closely with the Sicilian conservation agencies. In late 2008 three marsh harriers injured by gun shots were treated in Sicily and released in Vendicari. To be successful, wildlife conservation must be a united effort embraced by bordering nations.

As European marshlands go, Vendicari may not at first seem particularly remarkable except for its southern position. Yet it took decades for the Sicilian authorities to consider protecting it, and a legal battle over land use around the reserve continues to this day. Only in the 1970s was the environmental importance of vast parts of Sicily recognised. Apart from the Etna region, this included the lushly-forested Nebrodi Mountains of northeastern Sicily, the Madonie to their west and, to a lesser extent, the Sicanian Mountains of west-central Sicily. Ficuzza, to cite a well-known example, is a natural legacy that was on its way to being destroyed (for its timber) by the local mafiosi of nearby Corleone. As regards marshlands and coastal areas, the Zingaro reserve (near Scopello and Trapani), the Biviere of Gela and the mouths of several streams (most notably the Platani, the Simeto and the Ciane, famous for its papyrus) come to mind. Species such as the purple swamp hen (shown here) have been re-introduced. In overpopulated Sicily, where rampant building “development” has been the norm, places like Vendicari are precious indeed. 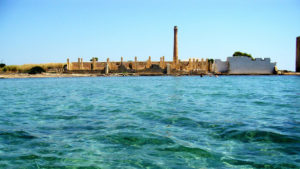